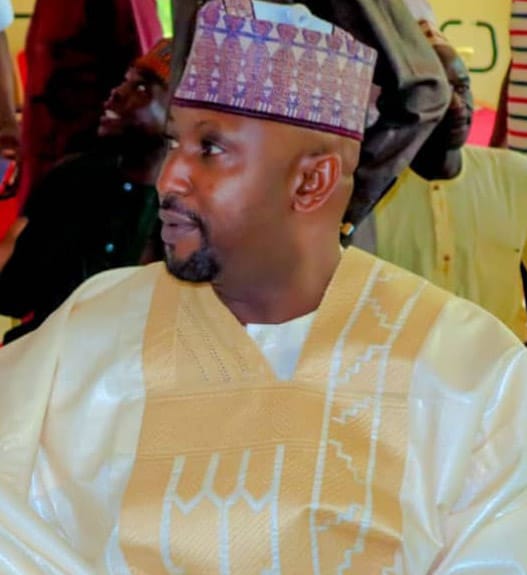 Barely one month ago  the All Progressives Congress (APC),  conducted its primaries for delegates to elect candidates into various political offices to fly the party’s flag for 2023 general elections across the country.

In Adamawa Northern Senatorial District the exercise was rancour free with an open show of sportsmanship by aspirants who lost out of the contest.

Hamisu Idris Medugu was among those that keenly contested the Senatorial seat of the Northern zone and came  first runner-up in the  exercise and immediately, in the spirit of unity and progress of the party, conceded.

The essence of the visit to the APC delegates of the zone he said, is to show his heart of thanksgiving for their magnanimous support during the last primaries election.

While interacting with the delegates, especially those that reposed confidence on him and gave their votes in his favor, Medegu alongside his campaign team thanked them for their unalloyed support.

He interacted with the 100 delegates that voted for him during the last APC congress and told them how grateful he was because they wished him well and played  significant roles in wanting him to get the party’s Senatorial ticket.

According to him, the incumbent, Senator Ishaku Abbo whom he congratulated after he scored 137 votes is a victory for all Adamawa APC.

The visit to Mubi was more of a celebration and encomium of praises showered on Hamisu by hundreds of people, especially politicians from different parties who described him as a great man with a heart of gold.

Goodwill messages by many people took the lead during the visit, but Hamisu’s campaign Director-General, Hon Usman Bukar said that the gesture of coming around to say thank you after losing an election, has never been done by any politician in the history of that zone.

Bukar told the delegates that Medugu can only be celebrated by keeping to their chest the passion they have for him and what lies ahead of them is their renewed love and constant support to him who has a bright future in politics as a young man.

In his remarks, Medugu said he was thanking the delegates from his heart of hearts for the confidence, the love and trust they have in him.

He however, said that he lost out of the contest but is assuring them of a new wave, a new dream, and a new political movement that is encapsulated in a good ambition to give selfless service to the people of Adamawa, most especially the Northern zone and Nigeria at large.

He further told them that his philanthropical gestures for the youth and women of the area will be widened up into more sustainable plans in the area of empowerment, job creation, and employment generation.

“I urge you all to double your support for APC, a party I’m still  part of with my membership card in check and intact. For everyone that sacrificed, passed through pains because of me, I’m assuring you that your labour shall never be in vain.” he said

He climaxed his interaction with a thumb up to his Social Media Crew for sustaining the tempo of success and promised to help them.