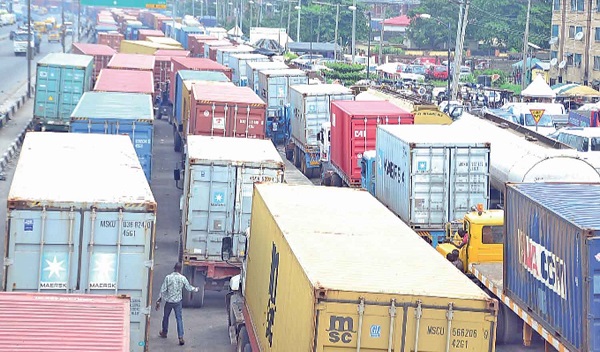 The indiscriminate intake of illicit drugs by truck drivers has been attributed to several factors which include oppression and extortion by different security agencies.

Other reasons adduced for the consumption also include dehumanisation by hoodlums and some security agencies.

Sani, who did not mention the extortionists, outlined other reasons to include; unjust hijacking of trucks by road traffic enforcement agencies, prolonged waiting on the queue for several days without eating well, taking bath, inadequate sleep at night to watch against container burglars and truck part thieves, scorching sun, heat from truck engine, among others.

He however blamed the inability of relevant authorities to stop or control the indiscriminate selling of alcohol and drug by vendors in the port environment for the abuses.

The AMATO scribe said the failure of the relevant agencies is encouraging the abuse of drug and consumption of alcohol to the detriment of safety, public peace, security of lives and property in the port environment.

“Our port access roads at night cannot be distinguished from night clubs due to the activities of drug and alcohol vendors.

He however maintained that he was not justifying the consumption of drugs by truck drivers but was to call the attention of government agencies to the development that lead to abuse of drugs by drives in order to curtail it.

“Note that he foregoing analysis is not in anyway supporting or justifying the use of drugs or alcohol by drivers, but rather is trying to explain the circumstances surrounding the consumption of drug and alcohol by drivers or other individuals in the port environment.

“Furthermore, it is in order to enable authorities and relevant stakeholders to come up with holistic ideas and solutions on how best the working environment can be more friendly and conducive so as to discourage either drivers and other individuals from drug intake and also on how best the activities of drug and alcohol vendors in the port environment can be stopped or regulated.

“In conclusion, while we are working to make the ports environment a drug free environment, we should at the same time work towards removing the cause of drug intakes as necessity in response to hostile forces around the Ports Environments.”