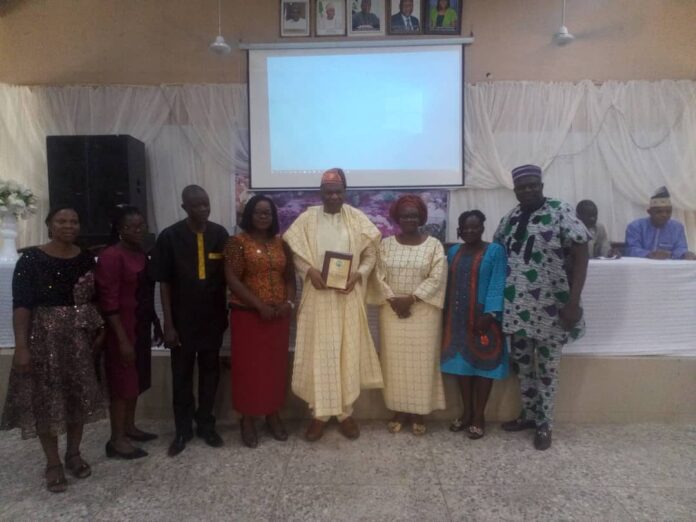 Professor Ogunbodede stated this at  the commissioning of agricultural value addition and entrepreneurship centre and send forth programme organised in his honour at Institute of Agricultural Research and Training (IAR&T) Ibadan.

According to the out going Vice Chancellor, no university is totally autonomous and free from internal and external control

” Every institution in Nigeria is in very turbulent situation as at today because we have the issue of funding, government intervention in most of the occasions that do not supposed to be so, universities are not totally autonomous”, he said

Professor Ogunbodede added, ” so, government in most occasions make policies that may not be suitable for the institutions. As we speak, all unions in universities are on strike. ASUU, SSANU, NASU are on strike”.

“And as VC, you have to still make the university work. There are several internal and external interventions that affect those universities. So, God has helped me in the last five years to coordinate the activities in the university to mitigate the collateral damages”.

Emphasizing that no university is totally autonomous and free from internal and external control, Professor Ogunbodede disclosed that he was able to mitigate the collateral damages through wisdom and support of stakeholders in the university community.

“There were turbulences before I assumed office as OAU VC. Before I came there were a lot of challenges and when I emerged, all other contestants congratulated me. There were no petitions. But, in the last five years, I have been thanking God.

” See what IAR&T is doing it to complement what I have done in Ife. I have been enjoying the support of staff, students and other members of the university community, so I want you to extend the support to my successor.

Speaking, were Executive Director of IAR&T, Professor Veronica Obatolu, said the send forth programme was organised to celebrate the tenure of the outgoing Vice Chancellor.

“The rising rate of unemployment amongst graduates from our educational institutions is the major worrying trend observed when assessing the challenges faced by the Nigerian youth today.

In an attempt to address this worrying trend of unemployment, particularly among the youth and increase value for farmers’ produce, IAR&T an agricultural institution affiliated with OAU bridges the gap of university education with the domain of work through entrepreneurship training in different areas of her national and zonal mandates as well as research innovation”.