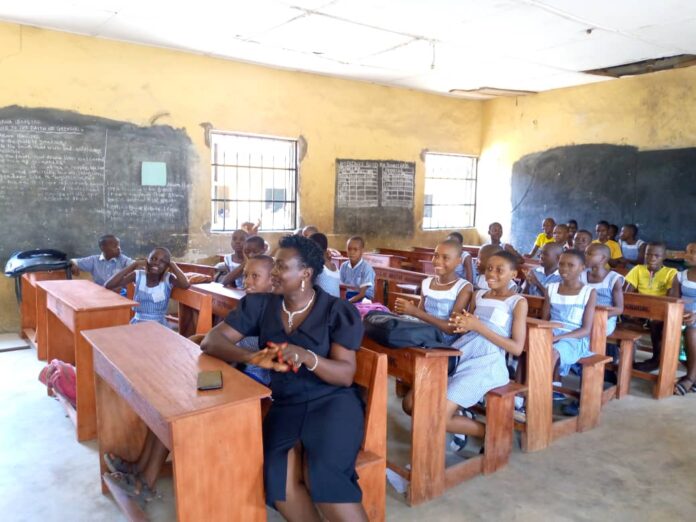 Unless urgent steps are taken by government or public spirited individuals with resources to address the lack of convenience and water supply in public schools in Akwa Ibom State, diseases related with poor hygiene may occur among school children in the state.

A visit to some public primary and post-primary schools in the state on Thursday by a group of journalists who were on the-spot assessment of infrastructure, revealed that some schools do not have functional convenience (toilet) and boreholes to supply water to ensure standard hygiene.

Pupils and students in these schools defecate and urinate indiscriminately on the floor or in any abandoned classroom block as no one can cheat when nature calls.

Example of them is Government Primary School, Aka 1, Obio Imo Street, Uyo, the state capital, which has the population of over 400 pupils and 16 teachers. Another is

It was also observe that Asutan Ekpe Comprehensive Secondary School, which prepares over 217 students for SS3 final examinations (SSCE), which include a computer-based tests also has no computer and modern science equipment in its laboratory, functional power generating set, current books for the library; staircase railings to address the problem of frequent students and teachers falling on the staircase; provision of borehole to check water scarcity for both drinking and convenience, parameter fencing to boost the security of students on campus; tables and chairs for teachers among others.

It was shocking also to discover that for a population of 217 students in SS 3 classes, only a few of them took 2022JAMB examinations because they students were not exposed to use of computers being used now for such exams.

Meanwhile, the School Management and Pupils of Government Primary School , Aka 1, have lauded the state government for timely intervention in providing dual-desks to pupils who previously were sitting on the floor for many years.

Speaking to the visiting journalists, the Headmaster of School, Mrs Imaobong Uboh said pupils were sitting on the floor before the state government through Governor Udom Emmanuel brought some dual-desks to the School.

Uboh, who expressed happiness over government gesture said two persons from United States of America also sent in 20 and 25 desks respectively to support the state government in her drive to address infrastructure deficit in public schools.

“We have seen the change, the school wasn’t like this when I came, all the pupils were sitting on a bare floor, through your efforts and others, God has changed our story, we commend the government for quick intervention.

“It was an eye saw, because throughout my life as a student, I have never experienced sitting on the floor to learn, so when our Commissioner for Education came to the school, she wept, knowing that she is a mother, she immidiately informed the Governor and that same week, we were provided with dual pupils seat”

She said media report on vandalization of school infrastructure got to some concerned individuals in the United States of America who sent in desks to support government.

She disclosed that writing materials such as books, pencils, biros and school bags were also sent by these individuals to share among the pupils.

“Others have also visited us, some of our citizens who based in USA, visited the school and blessed us with 20 dual desks to assist the pupils also another young man who visited along with a lady, who also based in the USA offered us 25 dual desks alongside with stationary like books, pencils, biros including school bags, to share for the pupils and they were very happy.”

Uboh said the gestures from International Donors showed that the children do not belong to the parents and government alone and requested others to assist government in educational development.

The school administrator also commend Inter Ministerial Direct Labour of government for roofing two classroom blocks in the school and appreciated Governor Udom Emmanuel for the efforts at addressing the dearths of infrastructure in the public schools.