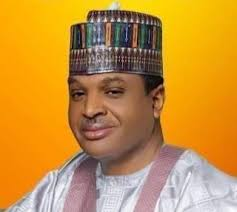 Air Marshal Sadique Baba Abubakar, immediate past Chief of Air Staff, Nigerian Air Force has emerged the All Progressives Congress (APC) governorship candidate in Bauchi ahead of the 2023 general election in the state.

Abubakar, who was serving as Nigeria’s Ambassador to Chad Republic, decided to drop the ‘khaki’ uniform and ventured into politics where in party primary election on Friday, polled 370 votes to defeat six other aspirants in the primary elections held in Bauchi.

The Returning Officer and Chairman of the APC Electoral Committee, Alhaji Ali Birninkudu declared Siddique Abubakar as the overall winner of the elections

He explained that altogether 1,020 delegates were accredited and 1,012 votes casted in the exercise which lasted for almost 24 hours

The returning officer said that Senator Haliru Dauda Jika (Bauchi-Central), the runner up in the election polled 278 while Alhaji Nura Manu-Soro came third with 269 votes.

“I certified that Amb. Saddique Abubakar, having scored the highest number of votes cast in the election, is hereby declared the winner”.

“He is, therefore, the standard flag bearer of the APC in the gubernatorial election that will take place in 2023 in Bauchi State,” Birnin Kudu concluded his assignment.

In his acceptance speech, Candidate Abubakar thanked Allah for his victory, commended delegates and the leadership of the party for the confidence reposed in him.

He promised to work together with other aspirants for the success of the party in the 2023 polls, telling them, “your support is not taken for granted.”

New Nigerian learnt that one of the aspirants to the gubernatorial elections, Al-Amin Mohammed withdrew from the race few hours to the elections