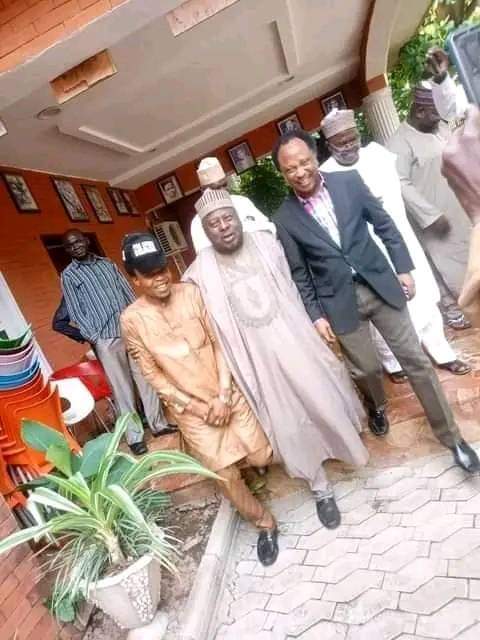 It is commendable that the  Peoples’ Democratic Party (PDP) primary elections  ended peacefully and with understanding among the players. In the traditions of all primaries, there must be a victor and a loser in every competition and in PDP, sanity and truth are displaying themselves as only the presidential primary election remains.

I must commend the patience and perseverance of Senator Shehu Sani on accepting defeat of the primary election of the PDP governorship election  without vanquish, because there are many politicians that take politics as a do-or-die affair.

Shehu Sani who secured two votes in the Kaduna State governorship  primary election considered those two votes as gold and appreciated the two delegates that cast them for him, though, he said, he doesn’t know them by face.

The prompt congratulatory message of Senator Shehu on his Twitter handle has proved him to be a man of integrity, loyalty to the party and a good omen for the party’s victory in 2023. Indeed, Shehu Sani is a symbol of democracy and should be celebrated for that noble character.

However, on another hand, Isah Ashiru knows what is right for paying a surprise visit to Senator Shehu Sani. To me, that is respect and statesmanship of a good leader. Right Honourable Isa Ashiru did the right thing, like the saying, “pay the price of the good that others did to you without delay if you know what is right”.

Senator Shehu Sani is a great instrument of Kaduna State and Nigerian politics and despite his loss at the governorship primary election, he should not go to the spectators’ side.

Shehu Sani should please, join the race of Kaduna State campaign for the victory of the party, and PDP  should not take a second choice to beg Shehu Sani to be Isa Ashiru governorship campaign Director General. Shehu Sani’s political experiences and unmatched political skills will help the party so much towards success in Kaduna State.

Also, at this time, that the polity is heating and victory is inviting PDP, all the contestants of the primary elections that did not made it should be patient and stay in the party for a moment of victory as the wise people say, together we win but divided we fall.

Meanwhile, PDP should do whatever is possible not to let Honourable Rufa’i Ahmad Chanchangi and many others to stay in the party till victory knocks on the door of the party because every person counts in politics. Chanchangi should also be enlisted in the party campaign team because he is a politician that has heterogenous supporters. Rufa’i Chanchangi is a big fish in PDP and PDP should not let it slip off its net.

Auwal Ahmed Ibrahim Goronyo is a political analyst and can be reached on auwalgoronyo@gmail.com

Inuwa Yahaya: A Shining Light In The Midst Of Nigeria’s Educational Darkness