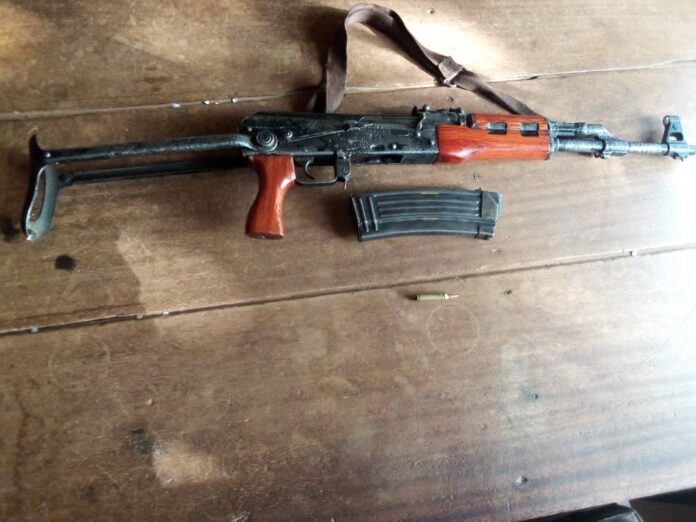 In a very successful operation, personnel of the Kaduna State Police Command have dealt a big blow on bandits who went out to rustle cattle, killing one, arresting six and recovering a large cache of cattle.

This was disclosed in a statement signed by the Police Public Relations Officer (PPRO),  ASP Muhammed Jalige, made available to newsmen in Kaduna on Friday May 27, 2022.

“The Kaduna Police Command has on 23rd May, 2022 acted on reliable information that some suspected cattle rustlers were sighted when some of them entered Unguwan Haske Village of  Kauru LGA and made suspicious purchases of airtime as well as some consumables at about 2210hrs.

“This prompted the Command to immediately activate intelligence and deployed Operatives alongside local volunteers to the location.
,”The  rustlers on sighting the Operatives, opened fire on them and the Operatives responded with commensurate fire that resulted in one bandit neutralised while six (6) others were successfully apprehended,” it explained.
According to the statement, an AK47 rifle loaded with one round of live 7.62 X 39mm ammunition, one hundred and thirty (130) heard of cattle as well as eighty (80) sheep were recovered.
“The operation was a success as there was no casualty of any kind on the side of the friendly forces.
“The suspects are presently undergoing investigation and will be charged to court on completion while concerted efforts are being intensified to locate and identify the rightful owners of the rustled cattle.
“The Commissioner of Police Kaduna Command CP Yekini A. Ayoku psc(+),mni commended the gallantry and precision exhibited by the Officers and tasked them to keep the flag flying in the area of crime fighting and prevention. He also appreciated the community efforts in providing timely and potent information which is the tool required in nipping crimes in the bud,” it said.