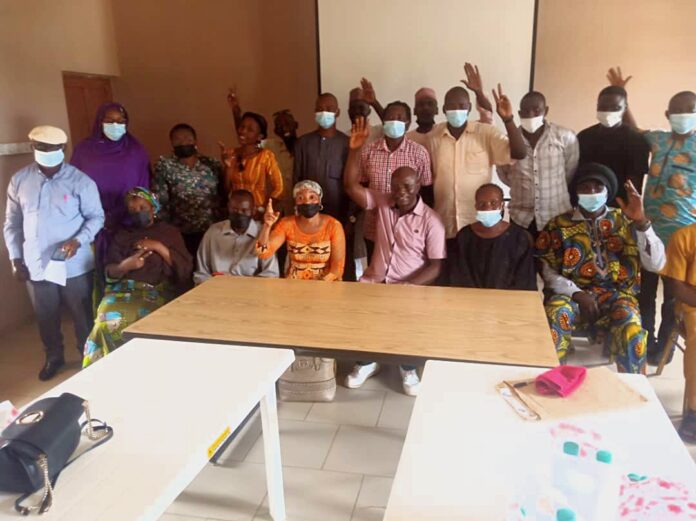 The Kaduna Interfaith Mediation Centre (IMC) in collaboration with Community Peace Action Network (CPAN), has described the act at which Deborah Samuel and Fatima (Harira) where  murdered by mobs as barbaric and inhuman that stands to be condemned in any  religion.

This was expressed in a communique signed by the Project Director (CIPP) Programme, Rev. Dr. James Novel Wuye, after the monthly Forum with Media on Peace Journalism, organised by the (IMC) Kaduna on the Community Initiatives to Promote Peace (CIPP) Program held on Thursday.

The participants explained that the rate of kidnapping, banditry, farmers and pastoralists clashes in some parts of the country, especially for the month of May, 2022 is alarming.

Furthermore, the participants condemned rates at which crime is  committed, describing it as high, demanding more efforts of government and other stakeholders within the security sector.

They condemned the killing of Deborah Samuel by some of her colleagues in Sokoto and the subsequent killing of a pregnant woman and her kids from the North  by IPOB in the East, while  commending Community Peace Observers, the media and other stakeholders for dousing the tension through their objective reportage and communication about the two incidents.

The participants lamented  the increase in cultism in some parts of the country and urged the authorities concerned to do the needful,   to prevent the younger generations from joining such groups.

They urged all religious leaders and institutions of the larger society to respect other people’s religion; Christianity and Islam and desist from provocative sermons to their followers especially in churches and mosques.

Participants commended the media and Community Peace Observers (CPOs) in Kano State for their timely role in dousing tension during the  explosion in Sabon Gari Area of the state, saying thier efforts  helped in curtailing violence in some parts of the country.

They also commended the media for exposing the terrorist  over recruitment of some villagers in Kaduna State.

They noted the increase of political thuggery ahead of the 2023 general elections and called on the government at all levels to checkmate their activities  to have an environment that allows for free, fair and credible elections devoid of violence  in the country.

IMC called on the media to abide by the ethical standards of the profession in thier reportage and to shun giving out inciting publications to the general public that would lead to violence and breaking down of law and order.

The participants decried over proliferation of small arms and  weapons among some people under the pretext of defending themselves against bandits/criminal activities, pointing out that it may end up in ethnic/religious cleansing in the country.

Flooding: FCTA To Demolish Over 100 Buildings Along Waterways, Commences Removal From Dutse Makaranta