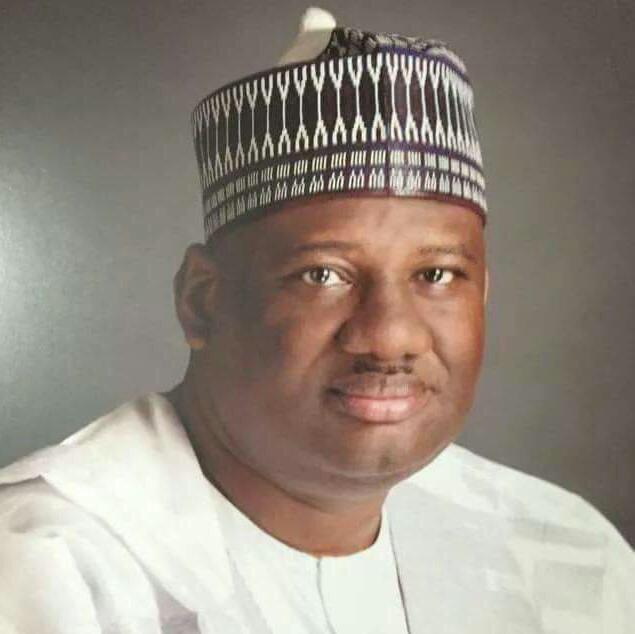 Democracy is the government of the people, by the people and for the people. This is the widely accepted definition of democracy globally. In it, the will of the people holds sway.Any form or type of leadership short or devoid of democracy is now detested and vehemently rejected by any well-meaning individuals, societies and nations at large.

Democracy is indeed the darling of all across the globe.

In fact, in Nigeria, it is a happy story from 1999 to date. Nigeria is no longer the Pariah nation that it used to be in the comity of African nations and the world.

This was then due to the recurring invasive and debilitating military incursions into democratic government and the subsequent trampling on all democratic institutions.In fact, it is now 23 good years that Nigeria has been steadily and successfully on the democratic train.

Democracy has indeed trudged on in spite of all the odds. Nigerians now have the right to vote and be voted for under a free and independent atmosphere occasioned by democracy. This inevitable feat indeed needs no further illucidation as the fact is as glaring as it is a reality.

There is little wonder therefore now in the nation as the political train has been restarted with  myriad of political activities by the nation’s regulatory electoral body, INEC, individual aspirants and the various registered political parties. This is indeed awesome as they happily point to the glaring fact democracy is in action.

It is also glaringly clear that all the political parties, including the two giant ones, the APC and the PDP, have for the past few months engaged in various internal processes, ranging trom various congresses, party primaries and conventions.

Be that as it may, some of the Nigerians who are aspiring to occupy the various elective positions have been so active. This is so at the various tiers in the country. Myriad personalities have been actively engaged, in this direction, across the country.  That is, at the local, state and federal levels.

This is also another exercise of the fundamental human rights of any bonafide citizen of Nigeria. Indeed, the more, the merrier, so they say. Nigerians are indeed, certainly hopeful for the emergence of a new set of leaders to steer the ships of the state and the country, in general.

However, it is noteworthy here that, while some of the aspirants were jostling for the contest in the various political parties to get nominated, some others are being wooed by their teeming number of uncountable admirers and supporters within their own political parties and even from without.

This happy story is not in any way different in Sokoto State, the Seat of the Caliphate. All the political parties, especially the APC and the PDP have been engrossed in the effective planning for the successful conduct of the primary elections, preparatory to the forthcoming 2023 general elections.

Succinctly speaking, the APC in Sokoto State is also not left behind in these barrage of internal party activities, especially the conduct of party primaries for the election of various candidates ranging from State House of Assembly, Governorship, House of Representatives and Senate.

Specifically on Gubernatorial poll, APC in Sokoto State has seven aspirants who are seeking to fly the flag of the party in the 2023 general polls and provide effective and quality representation for the people of the Seat of the Caliphate.

Among them is in fact the tested and trusted, blue-blooded leading aspirant, Alhaji Yusuf Suleiman, the pioneer Dan-Amar  of Sokoto.

Alhaji Yusuf Sulaiman was born on 30th January, 1963. He is a member of the traditional ruling family of the Sokoto Caliphate who was a civil servant before entering politics in Nigeria.

He was appointed Executive Director at the National Maritime Authority of Nigeria (now NIMASA) in September 1999. In February 2003, he resigned and ran for Senate on the platform of People’s Democratic Party (PDP) for the Sokoto East Senatorial District.

Before being appointed Minister of Transport, he was the Chairman of the Governing Council of the National Teachers’ Institute, Kaduna (NTI). He became Chairman and CEO of Afro Investors Limited, private Equity firm after resigning as Federal Minister in 2012.

In addition, he is also the current President and Chief Executive Officer of Caspian Oil and Gas Limited.

Suleiman was made Minister of Sports in the July 2011 cabinet shuffle.

Even though he served for less than six months before his resignation to engage in active politics, he was generally believed to have restored stability to the sports section.

His effort in bringing together all the warring factions in football Administration, a feat hitherto believed to be impossible, finally ended the crises.

Suleiman is currently the President and Chief Executive Officer of Caspian Oil and Gas Limited, an energy and petroleum service company. He is also the chairman of Afro investors Limited, a private Equity and venture capital firm.

He has remained in politics since leaving office in December 2011. He is a major political force in Sokoto, his home state.

However, in 2018 he moved to the All Progressive Congress (APC) to support the ruling party in realizing its people-oriented development program.

The former Minister was appointed the Director-General of the APC campaign council in Sokoto State for both the Gubernatorial and presidential campaign in the (2019) general election.

He successfully directed and spearheaded a very successful campaign which produced all the three Senators, nine out of eleven members of the House of Representatives and sixteen out of thirty members of state House of Assembly.

The governorship was lost narrowly with the lowest margin in the history of election in Nigeria, 342 votes.

Alhaji Yusuf Suleiman is currently the Chairman, Governing Council of NAFDAC and he plays key roles in ensuring sustainable democracy in Sokoto State and Nigeria, in general.

He is a leading and an indispensable chieftain of APC in the state and indeed Nigeria.

It is therefore not misplaced to categorically state here that, the Iconic Dan-Amar of  Sokoto is the best person to be saddled with the arduous responsibility of salvaging Sokoto state from the throes of misgovernance, underdevelopment and retrogression occasioned by the misrule of PDP from 2015 to date.

It is also pertinent to posit that, amongst the seven aspirants of the highly coveted number one  seat in the state, the governorship position, Alhaji Yusuf Suleiman is the most suited and qualified to emerge as the APC flagbearer for the 2023 general polls.

This should ring a bell in the minds of both the leadership and the membership of the party in the state.

The above is being hugely canvassed by many members of the party, from within and outside the state. This is to avoid the mistake of 2019 where by a divine act, APC lost the gubernatorial position.

APC must win the position, in sha Allahu, to bring back the state to the comity of democratic and developed states.

Alhaji Suleiman is therefore, the right aspirant to be elected as the candidate  for the APC , as he is the only person who has the sagacity, dexterity, capability and the tremendous wealth of experience to wrest power from the clutches of the PDP.

Conclusively, a stitch in time, they say, saves nine. It is therefore germaine to aver that Alhaji Yusuf Suleiman should be elected as the candidate for the APC during its planned primary election on Thursday, May 26, 2023. He certainly has the ability to seize power from the PDP and take Sokoto State to greater heights. It is  indeed very clear that now the eagle has landed in Sokoto State as we anxiously and patiently veer into the 2023 general elections. This is certainly a good omen for the APC and the good people of the Seat of the Caliphate.

Inuwa Yahaya: A Shining Light In The Midst Of Nigeria’s Educational Darkness